The Echoes of a Traveler's Dream 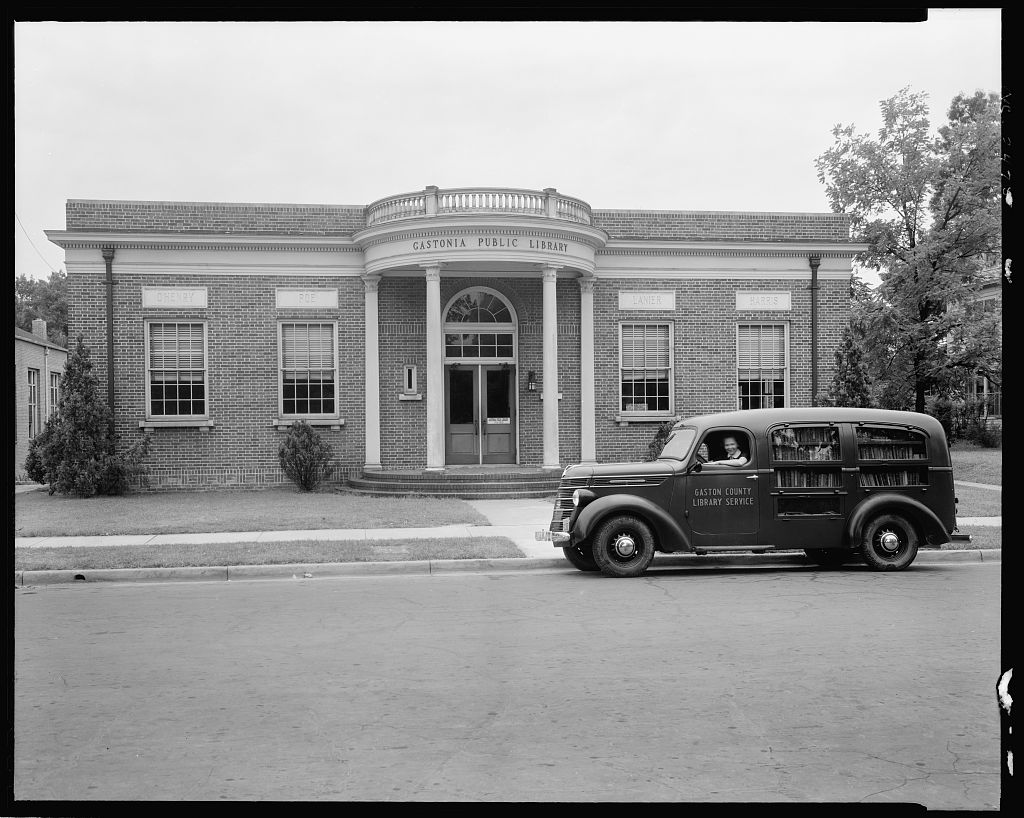 The 1937 Bookmobile was nicknamed "Parnassus" for the book, Parnassus on Wheels by Christopher Morley. 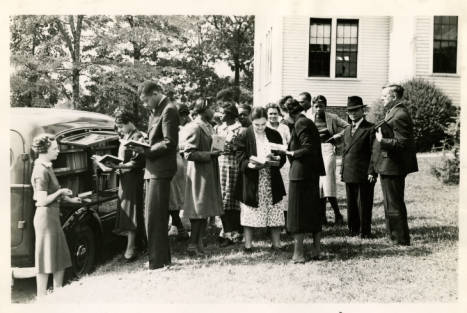 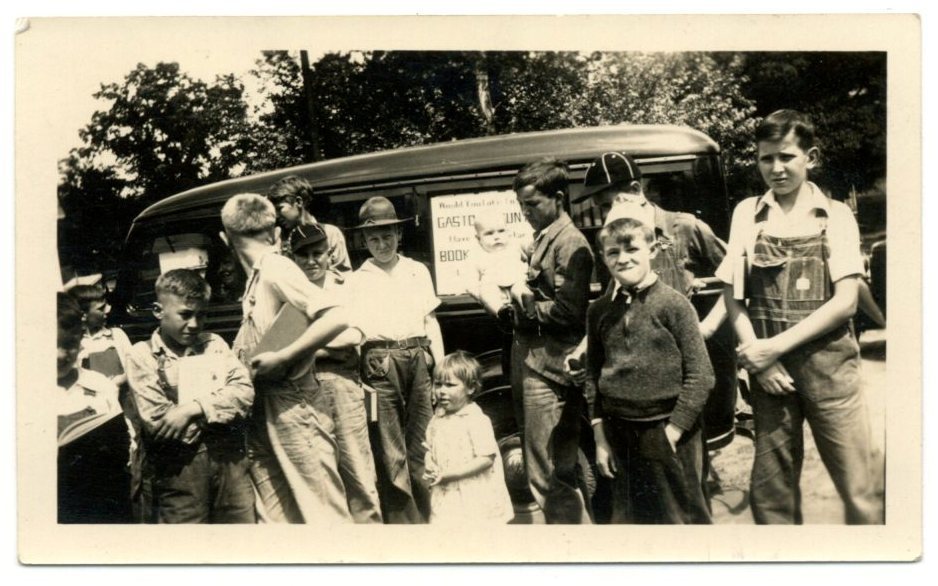 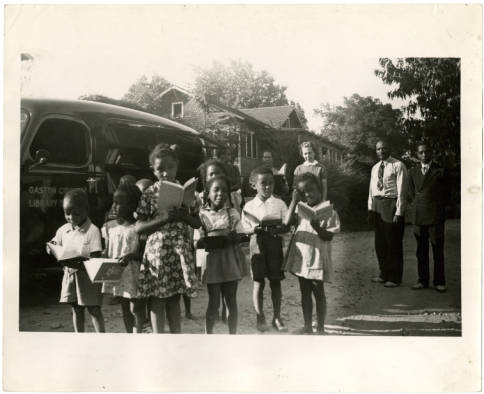 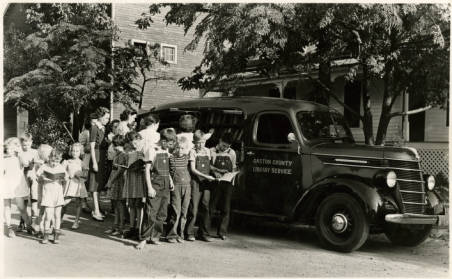 The names of ten writers were inscribed above the windows on the architecture of the library building. On the left side of the building were the three English writers Tennyson, Stevenson, and Browning. The four Southern writers O. Henry, Poe, Lanier, and Harris were inscribed on the front of the building. The three Northern writers on the right side were Lowell, Longfellow, and Emerson. (NC Library Bulletin, June 1931, p. 48, Vol. 8)