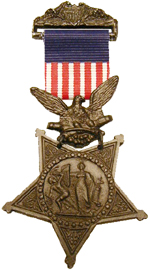 Letters to Eliza from a Union Soldier, 1862-1865, edited by Margery Greenleaf. Illustrated with original drawings, by Louis Cary and with contemporary pictorial material and documents, pub. 1970, 176 p. As George Fowle marched through Virginia in a seemingly unending war, he wrote letter after detailed letter to his sweetheart Eliza Caldwell back in Massachusetts. This well edited volume is interesting and informative reading.