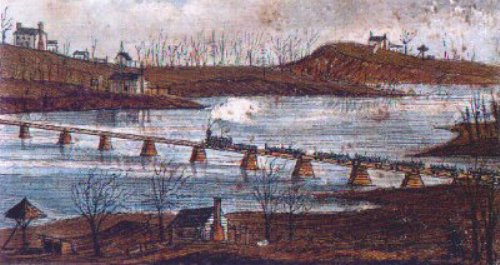 After the Rain: Virginia's Civil War Diary, by Mary Pope Osborne, pub. 2001, 108 p. In Ms. Osborne's sequel to My Brother's Keeper, Ginny moves to Washington, D.C. ... where the cold winter brings uncertainty and hardship. Virginia takes a job as a servant in a wealthy home to help her family. But, just as things start to improve as her father gets a job, and the war finally comes to an end, the tragic assassination of Ginny's beloved President Lincoln occurs. In this, her second diary chronicling the Civil War, Ginny learns that life is constantly changing. Indeed, even as Lincoln dies, her nephew is born. Throughout, Ginny faces life with hope and courage. Gr. 2-5.